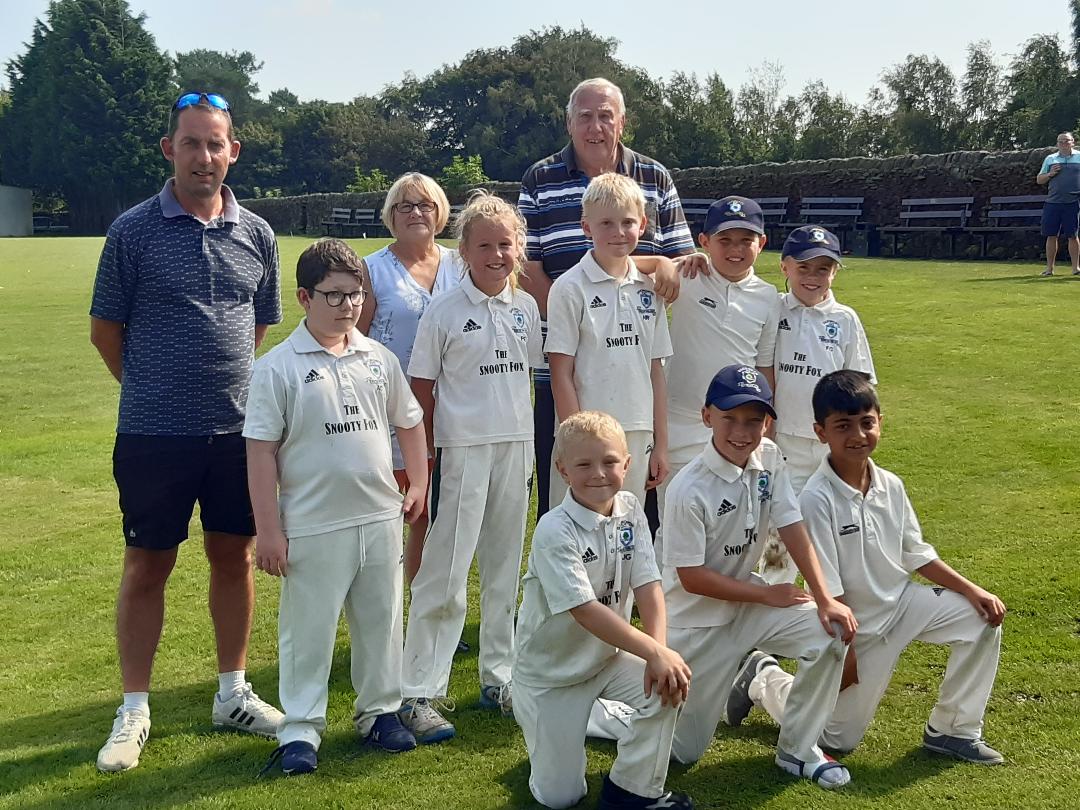 A convincing 82-run win against Crossflatts u9s, enabled our Sharks to leap-frog Earby at the top of the u9 Championship and take the title for the first time since 2012. The Championship trophy will be handed to the team at the UAJCA Presentation Night on 20th September [7:30pm] at the fabulous Malham Suite in the Rendezvous Hotel at Skipton. Harry Robinson and Haroon Nazam will also each receive the batting and bowling skill awards. 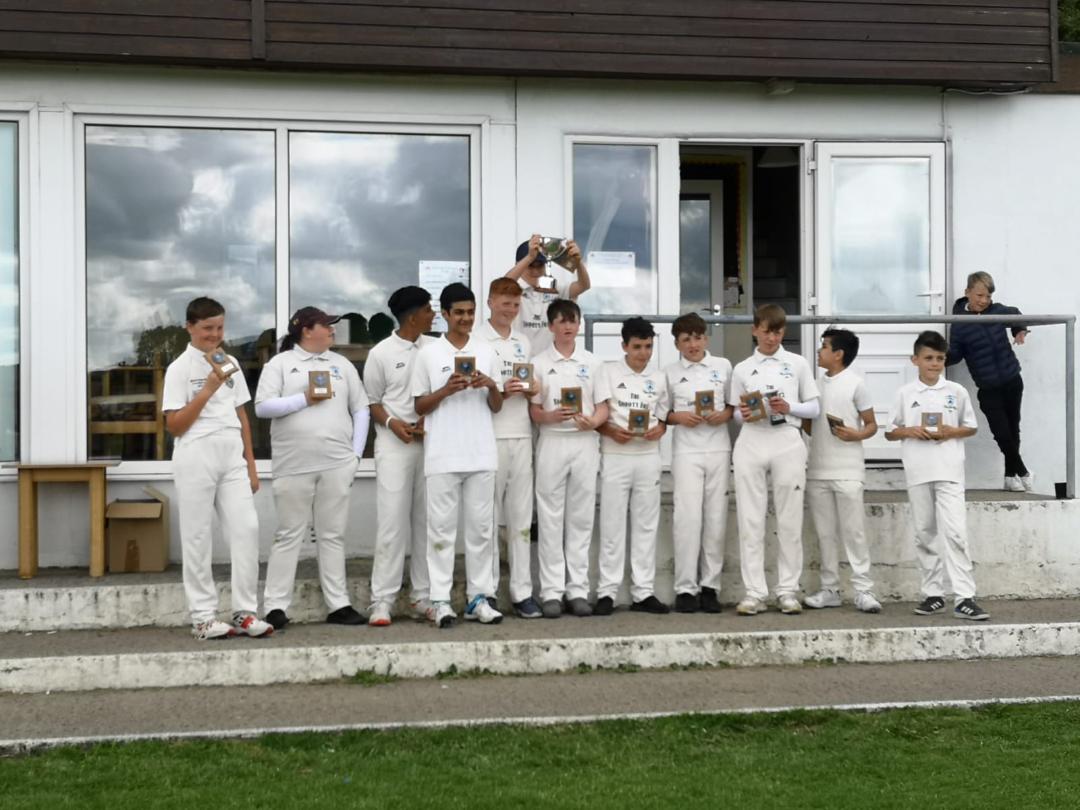 Oakworth's under-13 have completed the Treble of Championship, Hindle Cup and Festival Cup. Their final match of the season produced a season' high score of 154-2 to take a win against league newcomers Harden.  They concluded the year with a league record of  P11, W9, D1, L1. The Hindle Cup was gained in the Final against Great Horton Church at Skipton,  as indeed was the Festival Cup against Skipton, both in June.

The points ensured our boys pipped Earby on run-rate as the West Craven side also finished on 28 points.

The team has emulated the 2008 team, which also won the Treble. Their record was P14, w11, D2, L1, losing to Oxenhope in their last match after the Championship had been won by 10 points ahead of Pendle Forest. The core of that team was Jack Davison [Capt], Ben Fothergill, Lewis Wrathall, Matty Lee, Jackson Rouse, James Lee, Frazer Atkinson, Joe Wilmore, George Ingham and Jordan Bates 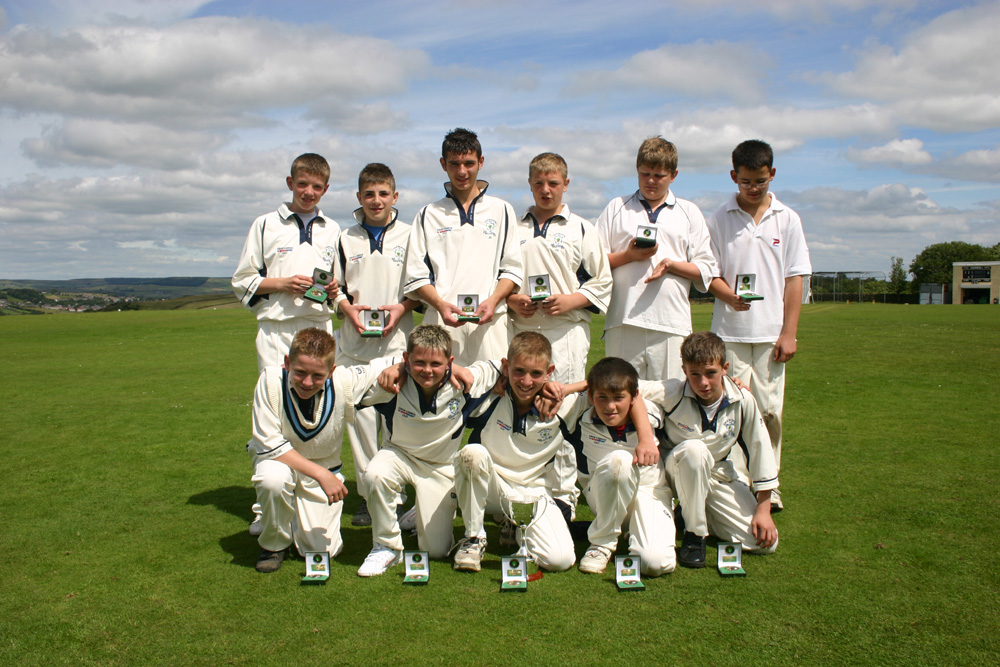 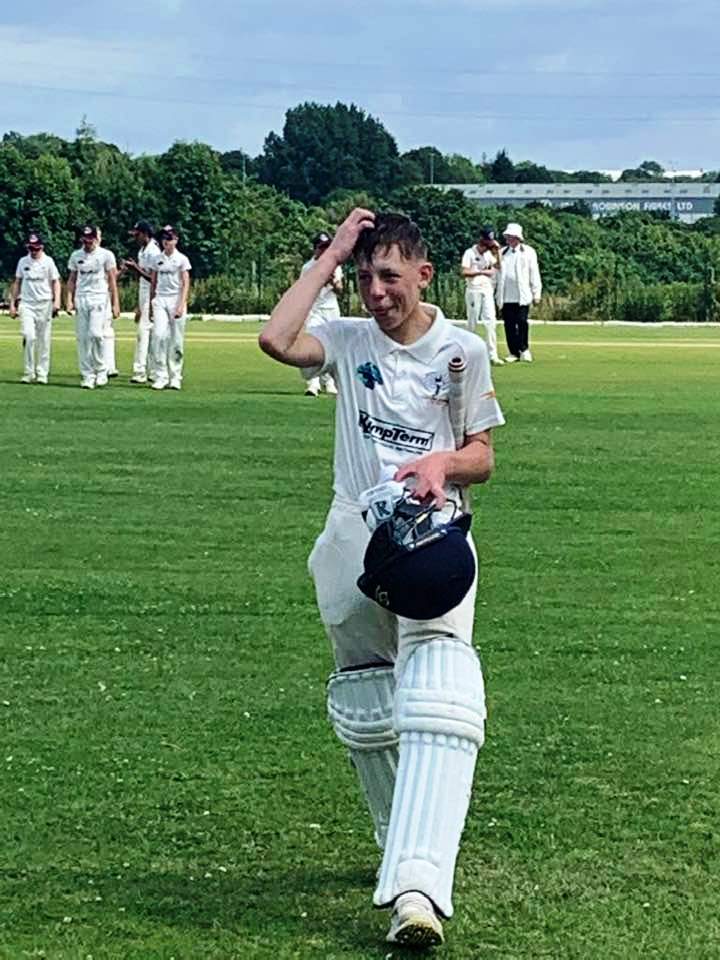 Oakworth CC is very proud to see another one of its junior players has been selected for the County squad.

Long overdue, its James Powell after top performances for and against Regional sides and Durham County, James has finally been welcomed into the White Rose under-13s set-up.

This weekend he rattled off 98 not out for West Yorkshire against South Yorkshire. Amazing James! 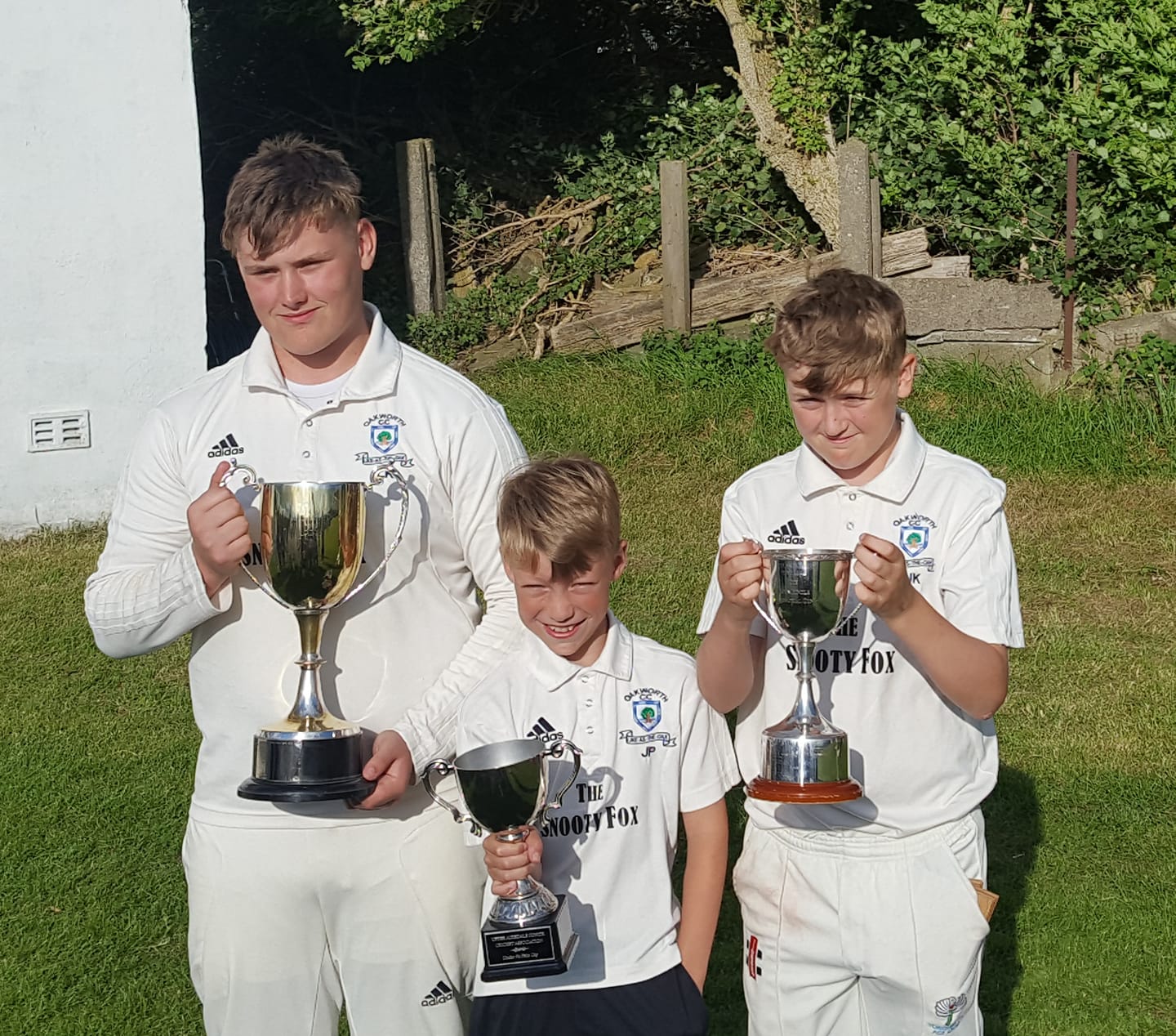 Steeton u-9s, Great Horton Church u-13s and Bradford & Bingley u17s all played and succumbed to Oakworth equivalents at the second Grand Finals day at Skipton CC. Our three teams had all reached the Finals and all three emerged winners on 30th June.

First up, the under-9s Final had Steeton posting 231-13, a real score of 96-13 as their batsmen picked up the runs at the expense of their wickets. Our batsmen were more circumspect and lost just 4 wickets and picked up 243-4 [real 63-4] to capture the Pairs Cup for their first time by 12 runs. Man-of-the-match was Haroon Nazam who took 4 of the Steeton wickets. 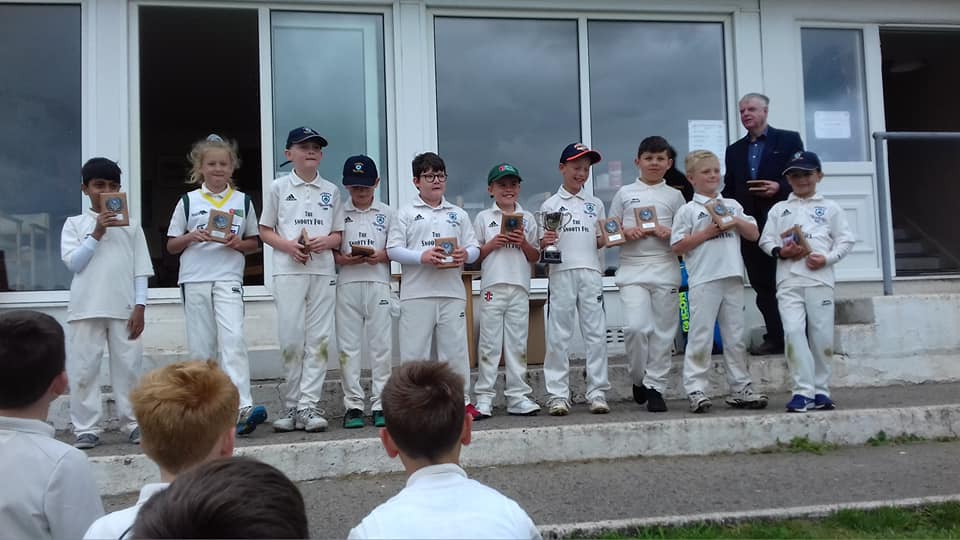 The under-13s Final was eagerly awaited and again we batted second. Great Horton Church were limited to 72 all out by our excellent bowling from Stan Lloyd and Elis Jones, who each picked up 3 scalps. All 6 bowlers used picked up at least 1 wicket. Top batsman for the Bradford side was UAJCA Taverner's u12 captain Hamza Saeed with 28. Joint men of the match were Jake Keslinke [25] and James Powell [21no].